Too lazy to keep writing proper blog posts, so I've decided to make a change towards Tumblr.

A year in review

It has been quite a while since I've been posting, but nevertheless it's better late than never, right. At the very moment when I heard this blog was listed in ulkoilublogit.blogspot.fi, where some of Finland's outdoor-related blogs are listed, I decided that maybe I should be more active in updating the blog. In a year, it has been happened quite a few things, but here's few of them in a review.

The greatest project in scouting has most probably been the vast process of harvesting, splitting and stacking firewood, because we're aiming towards changing our oil-based heating system with a wood-based one. We figured out that there's no point carrying heating oil, as there's lots of firewood potential nearby our scout hut. And even better, we got this old stove called Porin Matti for free from a girl scout group, whose hut is located really close-by. Well it didn't cost us any money and even better we had chance to do some friendly recycling, but nevertheless it was pain in the ass to haul that few-hundred-kilo stove by manpower.

What comes to the other bits of outdoor life, I've been hanging around in Lapland few weeks during the past winter. In Lapland, I've been skiing cross-country on prepared tracks and in the backcountry as well, when I gave a go for OAC's backcountry skis. They have solid skins on the traction zone so it's easy ski uphill with them, but it decreases the gliding function. But in the end, they're designed to fill the gap between traditional backcountry skis and snowshoes. I gave a go for both the wider (OAC KAR 147) and the narrower (OAC XCD 160) version and here's few pros and cons on both models from my perspective.

OAC KAR 147
+
really good uphill traction due to larger skin area
better flotation in deep and soft snow
-
heavier to ski
even with a higher hiking boot it caused minor pain in my ankles, when skiing on spring-time hard-pack snow

OAC XCD 160
+
easier to ski and felt more like a traditional backcountry ski
more ankle-friendly on hard-pack snow
-
less flotation
less traction in steep uphill-skiing, but one can always do more zig-zag to find more traction utilizing lower climbing angle
Besides chopping firewood and enjoying Lappish nature, I've got some time to do few microadventure type of outdoor spurts. In early January, we got our-selves to Nuuksion national park for a small ponds microadventure, as I spotted few nice small ponds from the map and created a route around them. It wasn't really yet winter back then, but it was quite wet and dark, so after hiking we enjoyed rain and night-time in our lean-to shelter by sleeping around 15 hours or so. This was a two-day trip and about 20 kms.

About a week ago, we cycled a route around Nuuksio national park called Reitti 2000 (Route 2000) that starts from the central park of Helsinki and finds its way to Luukki, from where the route makes a loop around Nuuksio national park and returns the same way back to Helsinki. The route was quite cyclable the whole way as it's mostly based on roads and gravel paths, but there are few sections where it's better to have both a mountain bike and some good trail-riding skills. The section from close to Rinnekoti to Kämmenlampi is quite tricky terrain, but it's still partially cyclable even with a cyclocross bike. Even with a hardtail mountain bike, it wasn't totally cyclable at least on our skill level. Another difficult section is from Högbacka to Haukkalampi, where there are lots of rocks and roots on the way, but we actually skipped this section by using a road, because we new it would be just pain in the ass to walk through that with a bike.

The Route 2000 is around 110 kms long and the loop around Nuuksio is marked at least on the newest map of Nuuksio national park. Well, the route is marked with blue-white-blue-striped bands, but I would still recommend a map just in case. There are good possibilities to refill one's water bottles at a few places, but we decided do a refill at Salmi recreational area that is located around the halfway of the route.

There are probably even more stuff I've been doing during the last year, but they're holding a minor importance so I probably forgot to write about them. Well yes, I bought a second-hand closed-cell sleeping mattress, Therm-A-Rest Z-lite Sol, but it was pretty much unused, so I'd consider it as a new one for me at least : ).

Email ThisBlogThis!Share to TwitterShare to FacebookShare to Pinterest
Tunnisteet: Hiking

No more pots - new-school sacks instead

As I've been trying to grow some tomatoes and garlic of my own, I decided to give a go for HomeGrow Sacks by GreenHouseEffect. These sacks are a totally new way to grow house plants at your home. The plants won't need to stand on the floor anymore, as the sacks can be hung anywhere. Be creative. What comes to the aspect of lightweight living, they're pretty handy as you'll need less storage space for them compared to smallish pots. They can be re-used as well by washing them at 40 C. I ordered ten sacks that came in a 30x22x3 centimeter cardboard box, so I'll bet one's ten two-liter pots will take a whole lot more space on one's shelf in winter.

The sacks are perfect for smallish house plants like herbs, tomato etc. At the moment, I happen to have a basil in one, but I'll plant few tomatoes in them once they've grown bit bigger.

Finally, I'll probably have to admit that two founders of the company are my course mates from university and I'm pretty proud of them and their concept. 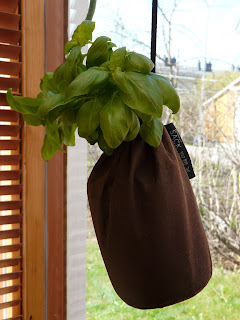 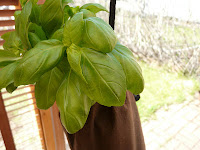 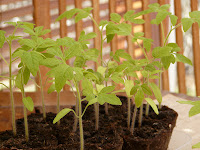 Since I decided to spend this May Day in a different way, the plan was to head out to Sipoonkorpi national park by foot from Viikki suburb. As microadventures seem to be in fashion at the moment, we decided to give a go for one in the name of scouting. Microadventure is a bit branded name for a quick outdoor spurt away from everyday life, but I would still claim it's a pretty good concept for getting more and more people to give a go for outdoor escapes.

What comes to the planning of the route, I somewhat used the point-and-shoot method encouraged by Alastair Humphreys. I spotted a pothole on the map of Sipoonkorpi national park that was the way to go. In the evening of the 30th, we hiked from Viikki suburb to the first lake area that is located in the southern part of the national park. The first half of our route followed some smaller streets and recreational paths until we arrived south of the first lake area. On May Day, we hiked into the national park's larger area, at where we had our lunch nearby the pothole located in the middle of the area. Next, we decided to head towards the main road that is located at the eastern border of the national park. By following the road southwards few kilometers, it is possible to utilize the bus no. 93, which leaves from Landbo suburb, to get back.
What comes to the weather conditions, it couldn't have been better as sun was shining at all times. The night was though bit chilly as the temperature was around two celsius degrees. During this microadventure, I managed to test my new UL sleeping pad that didn't perform so well. The aluminium foil was ripped at some parts of the pad that I was actually bit worried about beforehand. The foil should have been thicker to resist abrasion and better glue should have been used for that kind of purpose. Otherwise, a 120-centimeter pad works fine, especially as I happen to have a built-in ~50x50cm foam pad in my Osprey Mutant backpack. 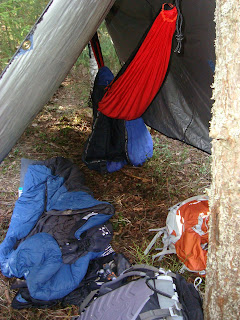 Finally, I'll have to admit that the pothole might not be worth visiting, if you've seen them before. The pothole is about 60 cm in diameter and about 80 cm deep. The national park itself is pretty nice as it is located really close to Helsinki, even-though it has the "thousand path" dilemma of the southernmost national parks. There are quite many paths and intersections that are not marked on the map, so we managed to hike some elsewhere that we should few times. Still, we managed to find the destinations, where we were about to go. If you're really into pinpoint accurate orienteering, buy a map. We used free prints from the web service of National Land Survey of Finland. We would have had a map of the Sipoonkorpi area at the meeting place of our scout group, and all the paths we missed were marked.
Lähettänyt Juuso klo 19:20 No comments:

Email ThisBlogThis!Share to TwitterShare to FacebookShare to Pinterest
Tunnisteet: Hiking

As I got a tomato (plant) as a present in last summer, I decided to spare some seeds from the tomatoes for this spring. It took few weeks for the seeds to germinate, and I was pretty surprised that the germination rate was so high as the seeds haven't been treated in anyway. I didn't count the rate, but I'd say it's way higher than 80%. Hopefully, they'll do fine and give some more tomatoes for the coming summer as well.


Another spring project took place today, when I decided to do some ultralight modifications on my old foam sleeping pad, also known as "the Spartan model". Earlier in this winter, I had cut the pad into 120 cms. The latest modification was done by gluing aluminium foil on it. To be honest, I'm a bit skeptical about the foil, but we'll have to wait and see whether it works or not. 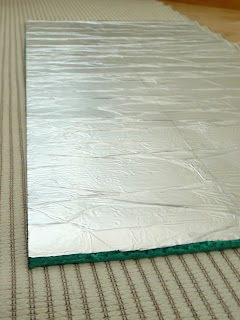 A blog about enjoying different aspects of the great outdoors. Trip reports, musings and more about living light and caring about environment.
"Take nothing but photographs leave nothing but footprints."